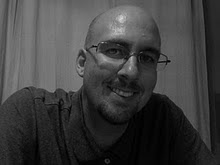 What was your inspiration for writing The Magi?
The first thing you should know about me is that I’m a middle school English teacher.  About a year ago, I became frustrated with the lack of participation I was getting in regards to student reading.  Part of my job is to take students to the library and help them find a good book to read.  For many, that’s like telling someone with a sweet tooth to go into a candy store and find the perfect candy.  They’d be in there all day!  However, for many students, it was like pulling teeth to find a book.
To help me with this quest, I created a survey and asked the kids to tell me what it was they wanted to read.  I figured by asking them to describe the perfect book, I could use that to narrow down a list of possible books that would entertain them.  Instead of the diverse answers I expected to get, I ended up getting quite similar responses from my students.  So, I decided to write a book that met the demands they listed.  And The Magi was the result.
In The Magi, the Magi people can control the four elements. Which element would you control and why?
In the book, each element is unique in its ability to be controlled.  In other words, how one element is controlled is different than how another element is controlled.  Without giving anything away from the story, each person’s personality makes them more or less likely to access each element.  I would say that based on my personality, I would be a healthy mix between earth and water.  I think there are fire tendencies here and there, but I think earth and water share my biggest attributes.
I actually have a created quiz that you can take which would help you identify which element you would control.  It think it’s kind of fun.  You can view it at http://leafbladegames.com/elementquiz/home.aspx
Did you ever attend a boarding school like Elijah? Would you want to?
No.  I went through the American public school system.
I definitely would not want Elijah’s boarding school experience, but I think that boarding school in many ways is similar to college, which I enjoyed very much.  Living with others of the same age and having a little more independence is very enticing to many young people, especially during the teenage years.  However, I think I would have also found boarding school very lonely.  One of the themes of The Magi is family, and there’s a different kind of love that your family gives that your friends cannot, and I think boarding school would have been very painful for me in that regard.
Elijah looks up to Master Roddick the most in this story. Who do you look up to the most?
I have probably the most incredible mother that I look up to very much.  When I was around Elijah’s age, I lost my father suddenly.  At the time, my mom was staying home and taking care of the family.  As soon as my father died, she had to find work, become not just an incredible mother but an incredible father, and put us both through school while keeping all the responsibilities she had before he died.  I can’t imagine having to do that and also deal with the emotional pounding of dealing with the death of a spouse at the same time.
Can you give us a sneak peak of the next novel in The Magi series? I'm dying to read the next one!
I’ll try to give as much as I can without ruining the experience of The Magi.  The second book is titled The Sphere.  If you’ve read The Magi, you know the importance of this sphere as it is a sort of weapon for the Maliphists, who are the group of people hunting Elijah.  The problem is, this sphere is hidden and is actively being pursued by both the Magi and the Maliphists.
The Sphere is a treasure hunt of sorts, except instead of finding treasure, Elijah is trying to find this sphere to keep the Maliphists from using it on the common people.  The book will take us to other parts of the world, other Magi communities, and will have lots of research and code deciphering as they dive into ancient secrets that have never been uncovered by the Magi.  Along with the search for the sphere, there are some relationships (romantic and unromantic) that are tested and we will continue to learn a little more about Elijah’s past.  We will also continue learn more about the Magi world and of course Elijah’s training with the elements.  I’m also very excited to say that some very ordinary scenes in The Magi will be revealed as being very extraordinary in The Sphere (and the rest of the series).  But these clues are in The Magi; they’re just easily overlooked.
I have to say that when I sat down to plan out The Magi Series, The Sphere was the book that I looked forward to writing the most.
Thanks for the interview Kevin!
Don't pass up The Magi. You can buy an ebook of The Magi at Amazon or enter to win!
Posted by Katie at 3:50 PM