The Black Sheep by Yvonne Collins and Sandy Rideout 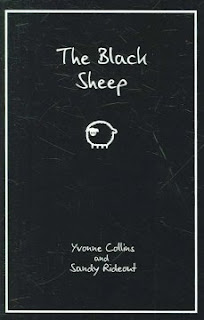 Fed up with her parents and all their ridiculous rules (they keep a binder of them), fifteen-year-old Kendra Bishop writes away to The Black Sheep, a reality TV show that offers the chance to swap families with another teen. But when the camera crew, lid by brash TV producer Judy Greenberg, shows up at her Manhattan apartment, Kendra stats to have second thoughts.
Too late. Kendra is whished away to Monterey, California, to live with the Mulligan family in a household that couldn't be more different from her own - complete with hippie parents, their five kids, and a pet ferret. Of course, when Kendra falls for Mitch, the Mulligans' seventeen-year-old son, it only complicates things further, especially since Mitch despises the reality TV show and everything it stands for. But given the chance, Kendra might just be able to juggle first love, her new stardom, and a pushy producer who will stop at nothing for higher ratings.
Kendra has some of the strictest parents in the world. They never hug her or even talk to her. She was raised by her nany Rosa until her parents fired her. Kendra was so mad she wrote an article to The Black Sheep TV show so she could get out of the house. She is tired of all the rules they keep in a binder (she calls it the BLAH) and of them obsessing over her academic career and trying to make her into a banker. She moves to California for a month though, and things start to look better - until she meets the family. Mona and Max are hippie parents with five kids: Mitch, Maya (who went to NY with Kendra's parents), Meadow, Matt, Mason, and the baby Egg (real name: Milo). They introduce Kendra to the sea otters they rescue and she instantly attatches herself to one that she names Maurice. Maurice is ready to go back to the wild though, so Kendra can't watch after him anymore. That's when she learns of a nearby country club's plan to move their Fourteenth hole on the beach... where all the waste will run into the ocean and kill the sea otters! It's Kendra's turn to take a stand and stick up for herself and what she believes in  even if her parents don't approve. All she needs is a little help (maybe even love) from Mitch. She falls for Mitch and wants a little romance. But with Judy and the camera crew following her every second of the day, she has to try and  find time to prove to Mitch that the show isn't so bad, and to see if he likes her too. And it's all on TV for North America to see.
I enjoyed reading this book again. I read it a few years ago and remembered absolutely loving it. I can't say it had the same feeling this time, but it was still a wonderful book. The plot is taken from an angle I've never read of before: behind the scenes of a TV show.

Kendra is a peculiar character. She is quiet and not used to speaking out or misbehaving. She is used to following rules and blending in with the crowd so no one notices her. The Black Sheep TV show changes her though. She has to stick up for herself and follow a whole new set of rules  which she calls Black Sheepism.

The story was pretty good. There were some hilarious moments and some serious moments. The story follows so many angles. It focuses on moving to a new city, meeting new people and living with new people, discovering love, and standing up for a cause, all behind the scenes in a reality TV show. Some things seem a little drastic though. I doubt that America would vote for a fifteen-year-old girl to emancipate her parents.
The book kept me wanting to read it so I could find out if Kendra can save the sea  otters and how her relationship with Mitch turns out, but it wasn't overall too captivating. Don't blow it off though. If you haven't read it and are in for a laugh, give  The Black Sheep a shot.