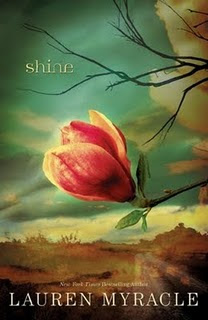 Pages: 350
A boy beaten, bound, and left for dead, words of hate scrawled across his chest. . .
A girl shrinking from life, enslaved by a shamed secret . . .
A tight-knit Southern community riddled by poverty, clannishness, drugs, and intolerance . . .

When Partrick is found near death, strung to the pump of the local gas station, sixteen-year-old Cat emerges from her self-imposed exile to avenge the horrors inflicted on her former best friend. The local sheriff is ready to pin the crime on gay-bashing out-of-towners, but Cat's suspicions lie elsewhere. Despite ominous warnings to leave it be, Cat finds the will--fueled by fury born of an old injustice--to expose the homegrown hatred that gave rise to Patrick's attack.

This is the first book I've read by Lauren Myracle and also the first YA mystery I've read. I have to say, I'm impressed. The summary just sounded so fascinating and intruiging!

The main character of this book is a girl named Cat and she was such a beautiful character. She was so closed and alone, but when Patrick was beat up, she started to open up again and she slowly became a real teenager again.

What happened to her was absolutely horrible to read about, but what her Aunt Tildy did really added fuel to the fire inside of me. I can't and won't say what happened, and I know what Aunt Tildy did about it, but I also know what she didn't. And it just flat out bothered me. What happened to love? She's a girl too and I don't use fowl language very often, but she pissed me off.

Lauren Myracle crafted an amazing mystery that had me guessing and re-guessing about who hurt Patrick. I think I suspected almost every single character in the book. So, in the end when Cat finally figures out who it was, I was dumbfounded. And scared!

Overall this is a great read that will keep you on the edge of your seat the entire time you read it. If you are a fan of mysteries, you have to read this one. And if you've never read a YA mystery like me, give it a shot!