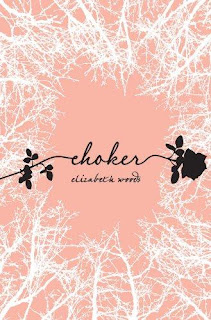 Pages: 232
Sixteen-year-old Cara Lange has been a loner ever since she moved away from her best and only friend, Zoe, years ago. She eats lunch with the other girls from the track team and tries to avoid the populat girls who, after an embarrassing incident in the cafeteria, endlessly tortue her, calling her Choker. But mostly she spends her time watching Ethan Gray from a distance, wishing her would finally notice her.
Then one day Cara comes home to find Zoe waiting for her. Zoe's on the run from problems at home, and Cara agrees to help her hide. With her best friend back, Cara's life changes overnight. Zoe givers her a new look and new confidence, and the next thing she knows, she's getting invited to parties and flirting with Ethan. Best of all, she can talk about everything with her BFF.
Bust just as quickly as Cara's life came together, it starts to unravel. A girl goes missing in her town, and everone is a suspect- including Ethan. Worse still, Zoe starts behaving strangely, and Cara begins to wonder what exactly her friend does all day while Cara's at school. You're supposed to trust your best friend no matter what . . . but what if she turns into a total stranger?

I'm shaking from the pure excitement of just finishing this book. I had to tell myself to calm down and I took a few deep breaths. This is one of the best books I've ever read.

Cara is bullied all the time at school, especially after choking on a carrot. When cute junior Ethan Gray saves her, she instantly falls for him. But not even his support can help her from the threats and names she is called at school by her next door neighboor, Sydney, and her followers. Then, unexpectedley, Cara's childhood friend Zoe shows up in her bedroom, alone and on the run from problems at home. That very same night, Sydney is found dead in her swimming pool after drinking at her own party. The whole town is distraught, espcially Alexis - Sydney's best friend and Ethan's boyfriend. Zoe puts a new confidence in Cara and helps her with her hair and clothes and most importantly: winning Ethan's heart. But Zoe starts to act strange. She becomes wild-like and obsessive over Cara. And then, Alexis goes missing. The whole town is looking for her. And the cops think they know who did it. Ethan. Cara and Ethan are growing close, but she needs to prove that Ethan is inoccent. And there is only one thing standing in her way: Zoe.

Cara is the little, almost frightened girl who is constantly bullied. Zoe re-entering her life really changes her personality. She makes sure Zoe thinks something is cool. If Zoe doesn't like it, Cara doesn't either. Sometimes Cara loves Zoe, and other times Cara hates Zoe. She is a really rounded character with a surprising personality - literally.

This book had one of the best endings I've ever read. Ever. It was so shocking I zipped through the pages wildley trying to calm myself down at the suspense and almost creepy ending. After I was done I realized my heart was pouding so loud I was afraid it would jump out of my chest! It has been a long time since a book has wowed me like this one. No one will be dissapointed!! To top it off, Elizabeth Woods is a debut author! I cannot wait for her next novel!

"What are best friends for?"