A Whisper and a Wish

The Christy Miller Collection Book Two: A Whisper and a Wish by Robin Jones Gunn 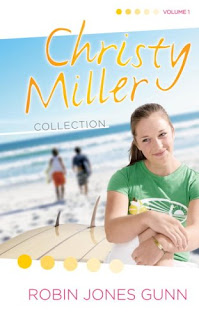 Pages: 157
Christy's family has moved to Califonia just in time for her sophomore year of high school. But they're not in Newport Beach, where she spent the summer. Instead they're an hour and a half away and Christy has to start all over making friends. Despite an embarrassing escapade at a slumber party, things are going pretty well... until some midnight fun leads to a trip to the police station. Does God really hear every whisper? Does He really know our every wish? Then why is it so hard to know who your friends really are?

This book teaches an amazing lesson about being true to yourself and figuring out what it means to have a real friend. Like the first book, A Whisper and a Wish captured my heart and left me even closer to God then I was before.

The characters from the last book are only in this book for like one chapter, unfortunately that's including Todd, but some new characters are introduced: Katie who is fun-loving and close to God; Janelle who tries to support and help her friends; and Brittany who has a hard past, a difficult present life, and what could be a deadly future becaues of her habbits. They quickly become Christy's new best friends in Escondido, but sometimes they aren't whom they seem to be. Although I was very frustrated with some of the behavior from one of the girls, it made for an amazing story and it really made me think about how a real friend should be.

There isn't really anything that I didn't like about the book, other than the fact that it made me realize how terrible teenage girls can be to one another. I did get very frustrated with Brittany's actions, but overall it made for a good story. Robin Jones Gunn did a fabulous job crafting this story and I really enjoyed reading it again!